Aubrey Trujillo was a glam, leggy Musetta, who prowled the stage like Ann-Margret on a mission. Her gleaming lyric soprano fell easily on the ear, easily encompassed the role’s requirements, and she mined a good deal of nuance from her well-modulated portrayal.

“The voice of Shaw’s frequent fight coordinator, Aubrey Trujillo, soared above the orchestral textures as the frightened but determined Micaela. Although she had been severely harassed by the soldiers in the first act, she braved the dangers of the border as she again searched for Don José to tell him his mother was dying. Her third act aria showed her character’s ability to combine fear with courage.”
– Maria Nockin, Broadway World

Sharon Graham (Aubrey Trujillo), the determined soprano who intends to sing the Letter aria and cabaletta from Verdi’s Macbeth is the fiercest challenger to Callas’ composure. As the two spar off with increasing intensity and decorum goes out the window – along with any remaining humor – she will match Hennesy sting for sting. 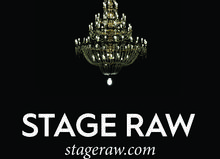 “The three student singers—Maegan McConnell as Sophie, Aubrey Trujillo-Scarr as Sharon, and Landon Shaw III as Anthony—all offer strikingly powerful vocals; they’ll blow you away … Soprano Trujillo has the most complex student role, one that calls for an extraordinary range of emotion, and she hits all the right notes.”
– Tony Frankel, Stage and Cinema

“Next up is Sharon (a convincing Aubrey)… is nothing short of extraordinary as she gains confidence, eventually matching (Maria) Callas’s sarcasm and surprising with an exceptional voice.”​​

“Aubrey’s strong voice is one to watch: her sweet, youthful sparkle is captivating, and a layered portrayal shows that while Micaela may seem an earnest, simple-minded girl, she actually possesses great depth and an inner strength…”

Across the Board Representation: